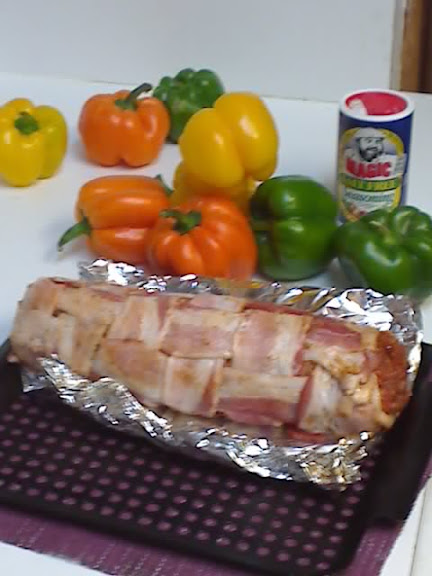 Sounds weird, eh? My little brother turned me on to this, and I’m thinking about trying it. The New York Times featured this recipe recently, as did Good Morning America

Update (February 1, 2009 – Super Bowl Sunday): I did it, and it wasn’t nearly as tricky as it sounds. One tip. I constructed mine on a sheet of aluminum foil. When it came time to roll up the completed loaf, I lifted the back edge of the foil to start it rolling. Once rolled up, I transferred the “torpedo” to a 10″ by 12″ cooking grid and placed on the Weber which I’d set up for indirect hickory smoking at 225-250. It took about four hours to bring it up to 165 degrees. Pretty good stuff.