The Mayor and I

There once was a county clerk in Memphis, by the name of Dick Hackett. He was a hard line fundamentalist right winger who required female employees to wear bras. I wrote him and volunteered to be the county bra “inspector.” Needless to say, I didn’t get the job. 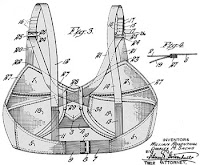 His brother, Mark, took over the Mayor’s Action Center – handling complaints on stuff like weeded lots, trash pick-ups, etc. I figured his brother was just as goofy a right winger as Dick was.

We took the elevator up to Dick Hackett’s Mayor’s Action Center, and I went in and demanded to see Mr. Hackett. I looked behind me, and Chris had chickened out. I was on my own.

Hackett came out to meet me, and I proceeded to inform him of what I’d seen down at Mangels. I acted all indignant and pissed off and red in the face…..I finished with ”I mean, anatomically correct too – complete with NIPPLE ERECTIONS! I want those mannequins COVERED UP!”

And with that, I stormed out.

It was all he and the women in the office could do to keep from busting out laughing. As I was heading out the door, he told one of the women, ”Get Mangel’s on the phone, right now!”

City Hall was 10 blocks from where my office was. Walking back to my office, by the time we got to Mangel’s, they had covered the mannequins with sheets.

I made the mistake of sharing this joke with my boss, Bob Morris, who was a colleague of Mark Hackett. Bob got a big laugh out of it. He was a big practical joker himself.

About 2 months later, I got a call from Mark Hackett – the guy I had pulled the joke on.

He said, ”Mr. Byrd, this is Mark Hackett down at the Mayor’s Action Center. We’ve received a complaint about you and one of your colleagues harassing women on the pedestrian mall.”

Of course I denied it, and searched my memory for ANYTHING I might have said on the mall that might have been mistaken as harassment. I could only think that maybe someone overheard me and Chris joking around with a woman we worked with and who went to graduate school with me.

I called Chris and told him about the complaint; he called his lawyer.

Then, my boss called. ”Byrd, this is Bob. What in the hell have you and Chris been doing? The mayor’s pissed.”

Of course I denied everything, explaining that it HAD to be a big misunderstanding. I’d NEVER harassed any woman.

He told me to hold on because the mayor was on the other line. ”Oh sh*t, Byrd. The Mayors hot. Let me see if I can smooth things over for you.”

A few minutes later, I get a call from Mayor Chandler’s office. It was the Mayor’s secretary.

”Mr. Byrd, Mayor Chandler would like to meet with you.”

Holy sh*t, I was wearing a Hawaiian shirt!!!!

So, I called my boss, and he says, ”Get your ass down here. I’ll meet you in the Mayor’s office.”

So out the door I fly. I stopped in a clothing store (not Mangel’s) on the way to pick up a dress shirt and tie. The salesman comes out with a tape wanting to measure me.

“The hell with measurements!” I protested. “Just get me a shirt and a tie, and make it fast!”

Last I saw of Chris, he was on the phone with his lawyer.

So, I get down to City Hall, and take the elevator to the Mayor’s floor.

As I got off the elevator some women peeped around the corner at me, and covered their mouths with their hands, as if in shock.

I had to sit out in the reception area for about 20 minutes….and women kept coming and looking around the corner to see me. I felt like a dad-gum criminal.

Then, the buzzer rang; the secretary answered the phone; then said, ”The Mayor will see you now, Mr. Byrd.”

I slowly opened the massive door, and stepped into the office. There was Bob Morris sitting in a chair next to the Mayors HUGE desk. He looked like he’d just been forced to eat a sh*t sandwich.

The Mayor’s chair was facing away from me, and with its high rise back, I couldn’t see him. Morris looked like he’d had a bad ass chewing, and like I was doomed.

As I slowly made my way across the broad office, the Mayor’s chair swung around, and there sat Mark Hackett!

The Mayor was out of town, and Mark had gotten the Mayor’s staff to set me up. I was shocked and relieved. He shook his finger at me, and smiling, he said, ”Don’t EVER try to bird dog a bird dog.”

“Damn, Byrd. Good thing you wore a tie today.” Morris was having TOO good a time with this.

“Hell, Bob, I had to stop and buy a shirt and tie on the way down here.” When I told them that, they laughed so hard, the secretarial staff came running into the mayor’s office. They thought we were fighting.

Unknown to me, Hackett had told my boss about the “nut” who had come into his office with a complaint about naked mannequins. Bob said, ”That isn’t a nut; that’s one of my managers; he was just messing with you.”

Mark promised Bob he’d get even. And he did. The truth is stranger than fiction.