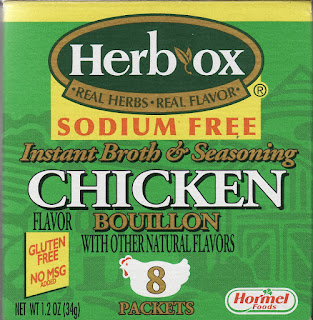 Years ago Sherry gave me a book entitled Adventures in Mexican Cooking; Ortho Books, 1978. (Ortho was a division of Chevron Chemical Company, of all things.) In it was a very simple bean recipe that called for simply 4 cups of beans; 8 cups of water, 1 tablespoon of salt, and two tablespoons of oil or lard.

I jazzed it up a bit with chicken bouillon, and seasonings, and did them in a 4-quart crockpot. I must say, they turned out very tasty!

Rinse beans well and place in cooker. Add enough water to cover by a couple or three inches. Add all the other ingredients and stir to blend. Cook on either high or low; depending on time. The Mexican recipe called for cooking on a stop top at a simmer for 2 hours. Toward the end of the cooking time, I was making myself a quesadilla when I discovered that my brand new pack of tortillas had several already broken. Rather then feed them to the dog, I tossed them into the bean pot. After a while, they began to disintegrate, and I stirred them until they blended into the bean soup.

These beans are VERY good!